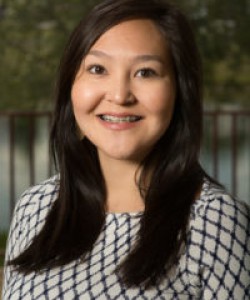 Trisha Patton is originally from a small Yup’ik community of about 350 people called Napakiak. She is employed by ANTHC as their first Dental Health Aide Therapist Practitioner/ Instructor. She has practiced dental therapy since graduating from the ANTHC DHAT Educational Program in December 2011. She was employed by YKHC which she was with them from time of graduation to November of 2015. During her time with YKHC she served the village of Toksook Bay and 5 surrounding villages for 2.5 years. Trisha has longed to be someone in her community that someone could look up to and has always been interested in the medical field. Being a dental therapist has given her the opportunity to be that role model who can make a difference in her community by showing the younger generation that they can come from a small community and go out and get a higher education and make a big impact in these communities that we come from. Since starting with ANTHC Trisha’s main focus has been to provide additional support for the DHAT students. She has focused on being their advocate and sharing her knowledge and experience as a DHAT in hopes that it can give them a different side of teaching/ knowledge that they can’t get from their other instructors.